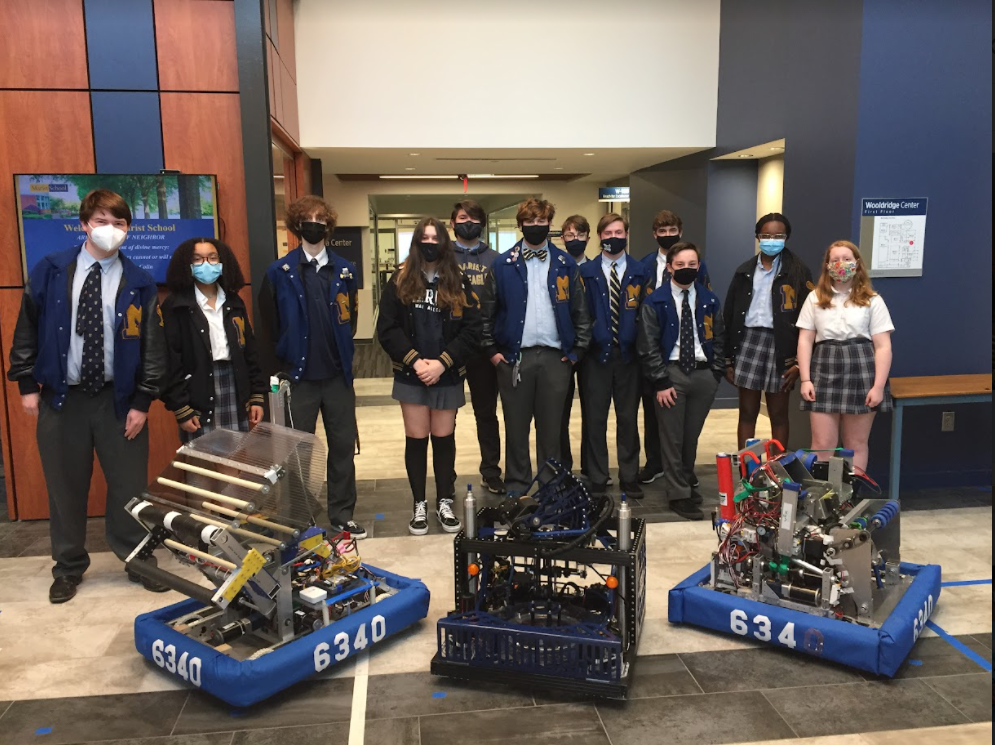 In the beginning, The Marist 6340 Screaming Eagles started its first season of FRC in 2017 with Steamworks. The team consisted of twelve members and two mentors. We worked hard, won a tournament in Columbus, GA, and made it to worlds. We won many awards throughout the season as well such as The Rookie All-Star Award, Highest Rookie Seed Award twice, Rookie Inspiration award, and Finalist/Winner award for the Columbus event. It was a strong start for the team.

2018 saw a loss in multiple teammates due to graduation, but we gained many more as our team grew to eighteen members. 2018 was the first year we went out for the Chairman’s award. Our robot was built to complete all tasks in power-up, and while we did make it to states, we did not make it to worlds. During our season, we attended two tournaments, one in Albany, GA, and one in Columbus, GA. We won the Imagery Award in Albany and the Judge’s Award in Columbus.

With the emergence of the COVID-19 pandemic, our 2020 season was cut off the day before our first competition. Nevertheless, we persisted in competing not only in the Infinite Recharge game but also in the multiple side challenges. Our team has rapidly expanded we have been grateful for the opportunities that have come our way.

The Present and Future

This year we have thirty-three members on the team, and we are looking to make a strong comeback with Rapid React. Our name has changed from the Screaming Eagles to the Mighty Manatees, but our mission of being the salt and light of the earth has not changed. We will update the website week by week with our progress and achievements throughout the build season. We are looking forward to the year ahead and are ready to take on Rapid React!