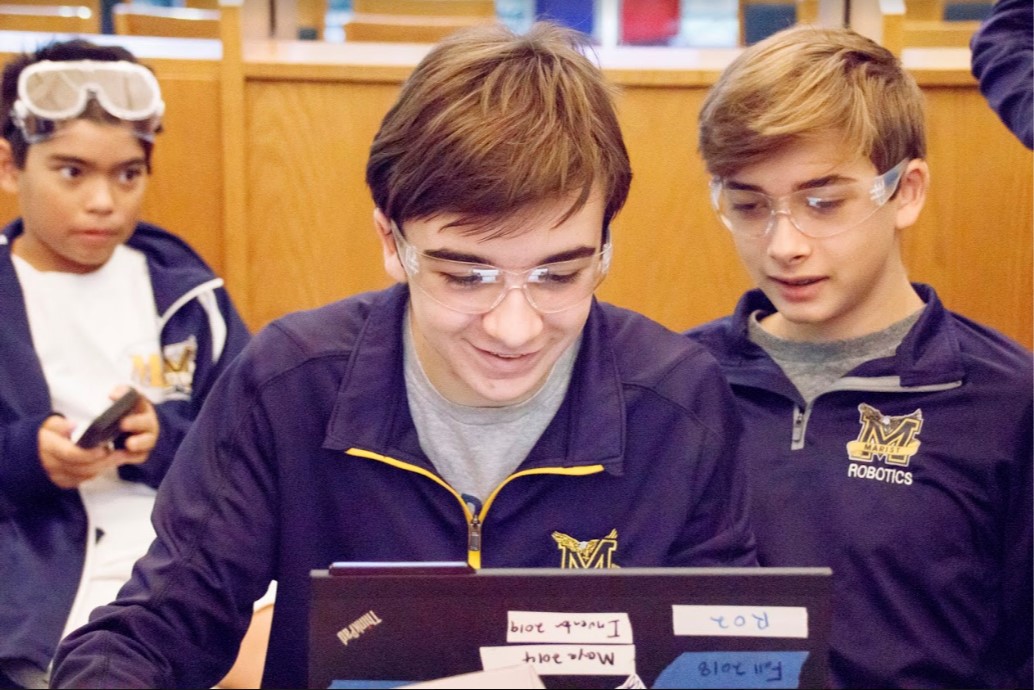 Marist also has FIRST Tech Challenge (FTC) teams at Marist as well under the umbrella of Marist Robotics. They use the FTC parts and materials set: the metal parts, motors, and sensors. The team also has work time during the Introduction to Robotics and Engineering course taken by FTC team members.

​Every year, they analyze the challenge when it is released (September 9th), and work together with other teams to form alliances as part of the challenge. At the beginning of the season, the team also analyzes the rules of the robot game to help the during the season. As the season progresses, they keep a daily log in their notebook of team progress and practices. As part of the robot game, they program a code based, autonomous section of robot control, and also a have a driver controlled section.

​During practices, the team focuses on a variety of different items:

In the past year, Marist volunteered to host five FTC meets including states for the Atlanta league. From October to December, Marist transformed Khurt Gym to in about an hour on Fridays prior to the meets. Many teams came from different schools around the Atlanta area to compete in these meets, and with Marist’s highest participation yet, we contributed 16 of these teams. Thanks to our many volunteers, all of these meets were successful and ran smoothly.